Have a hair raising Halloween from the ghouls at RamJam! 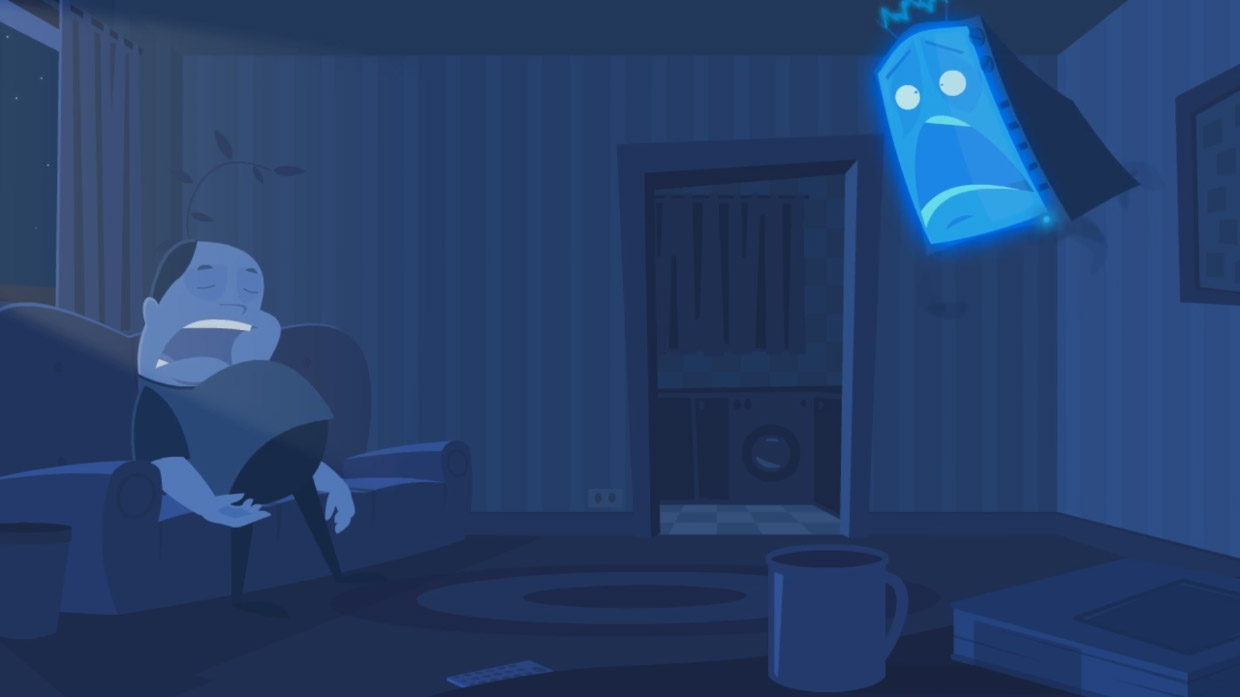 We wanted to explore extreme poses with the two main characters throughout the animation, having fun with the television’s reaction and the main character’s transformation.

The inspiration came from the creator of 90’s cartoon show Ren & Stimpy, who set a rule of “No character poses are ever allowed to be repeated throughout the entire show’s duration” whilst they storyboarded each episode.

No Lycanthropes were harmed during filming.

As the characters and exercise developed a new direction and story emerged, leading to Unawarewolf’s final incarnation; the main character transforming into a werewolf without ever knowing it…

Help!
← My Little Hopkins World At Their Feet →