RamJam’s Party Animals and The Asteroids Galaxy Tour’s worlds collide in an
augmented reality mash-up for iOS and Android. 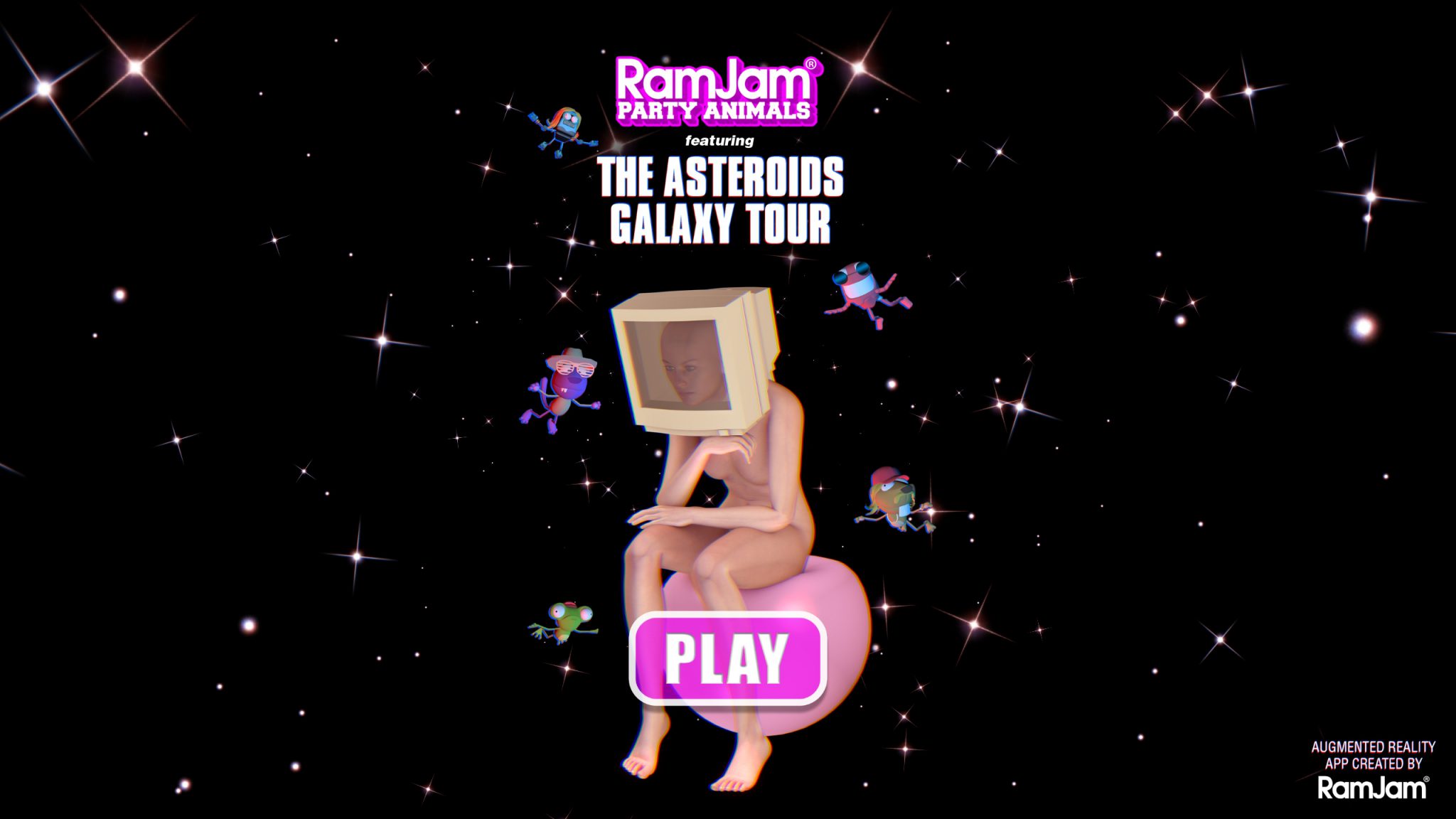 RamJam have joined forces with The Asteroid Galaxy Tour to bring their latest single to life.

Having been fans of The Asteroids Galaxy Tour for many years, we were excited to take on the guises of their favourite band members and rock out their latest release in fully animated, cosmically charged, augmented reality.

The augmented reality band can be viewed by downloading the exclusive ‘RamJam Asteroids’ iOS and Android app and then viewing the promotional poster with it.

‘It’s amazing what you can do in a giant intergalactic drinks can these days’ said Orson the manager and bassist in RamJam’s Party Animals. ‘We’ve been floating through space for the last 8 years looking for a decent track to party to and we finally managed to intercept The Asteroid Galaxy Tours latest single without them knowing. Lars is going to go ballistic when he sees what we’ve done.’

Hal, the Robot and lead vocals for the Party Animals, has rather taken to Mitte from the Asteroids Galaxy Tour; ‘Not only is she the sassiest girl in the galaxy, I actually want to be her.’ Hal has now taken to dressing up as her 24/7.

The RamJam Party Animals are planning on coming back to Earth soon so look out for Hals marriage proposal to Mitte, or their first fight when they finally meet. The app will also work with a limited edition RamJam Asteroid beer available later this year. 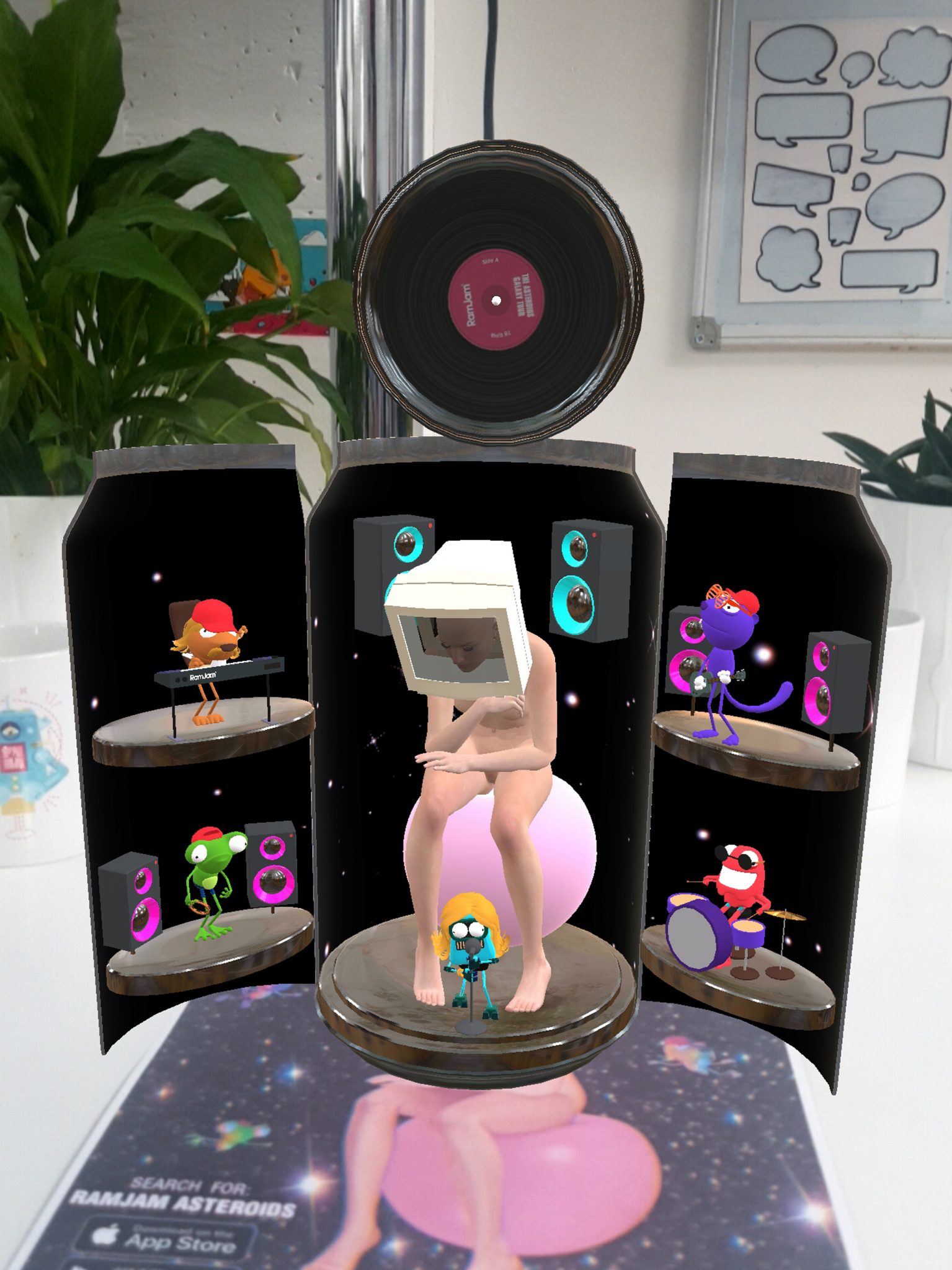 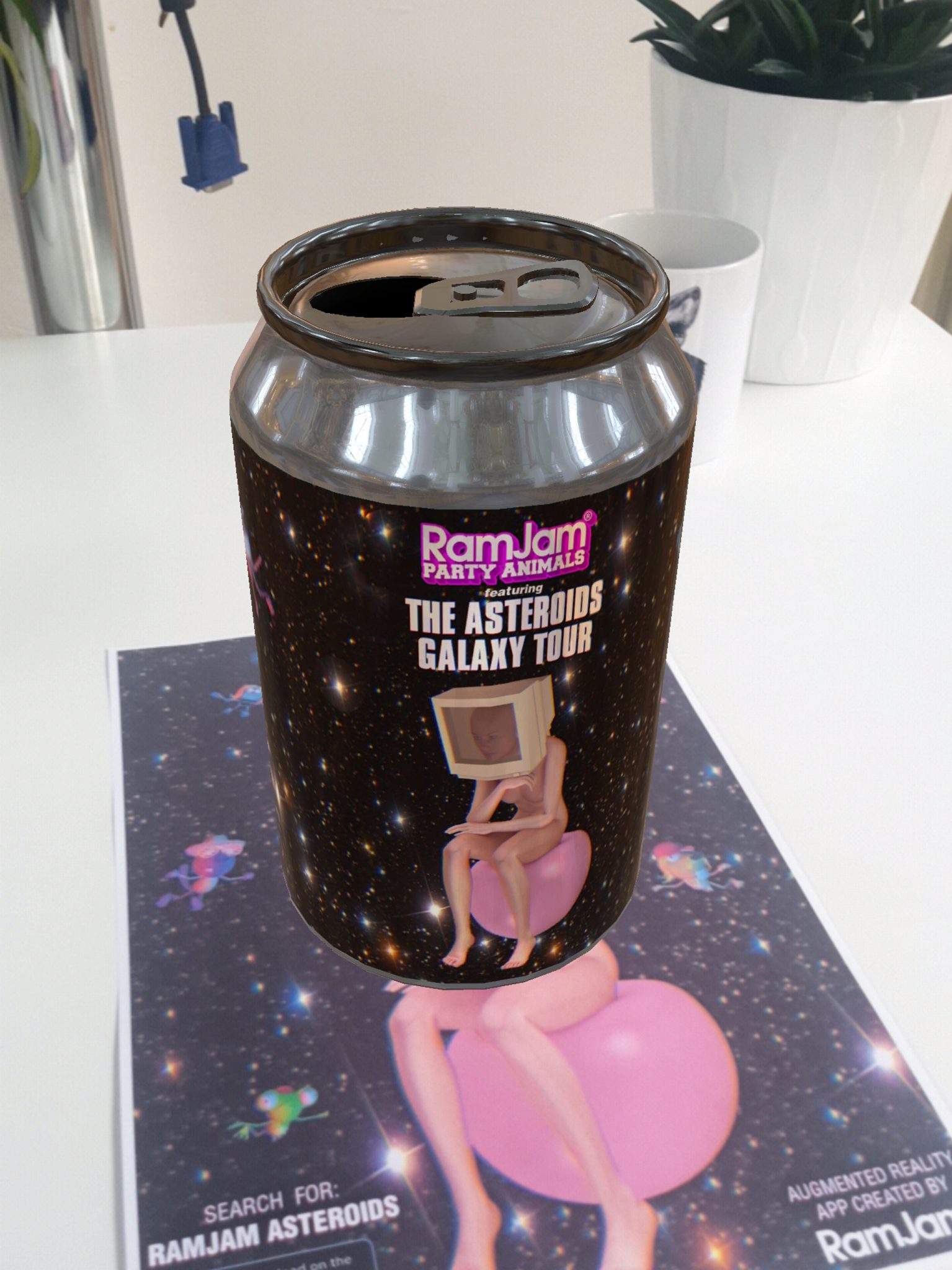 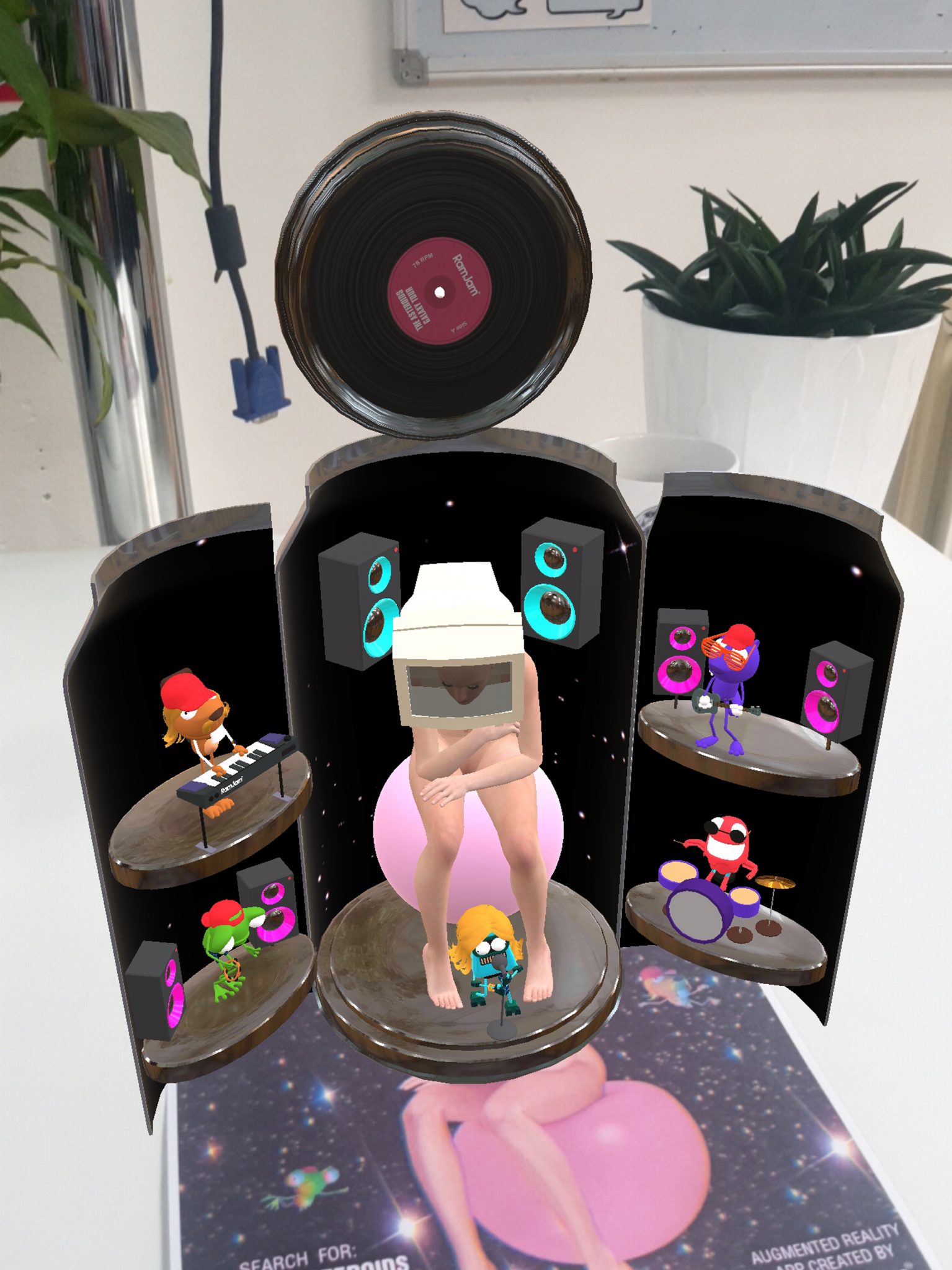 Download the Augmented Reality app and have a play! You’ll need to print the placemat marker too, which you can download here. Available on iOS and Android.

Always talk about us