We augmented our cover design for the Brighton Fringe Festival, along with creating playable games hidden in adverts throughout.

Download the Fringe 3D app now and have a go.

The theme for the Brighton Fringe cover is synaesthesia. Our idea was to make what at first glance would seem like an ordinary breakfast scene but with a closer look hidden Fringe themed secrets would be revealed.

We created the scene in 3D which allowed us to take the cover to the next level, creating an augmented reality version, along with hidden AR games throughout the brochure. 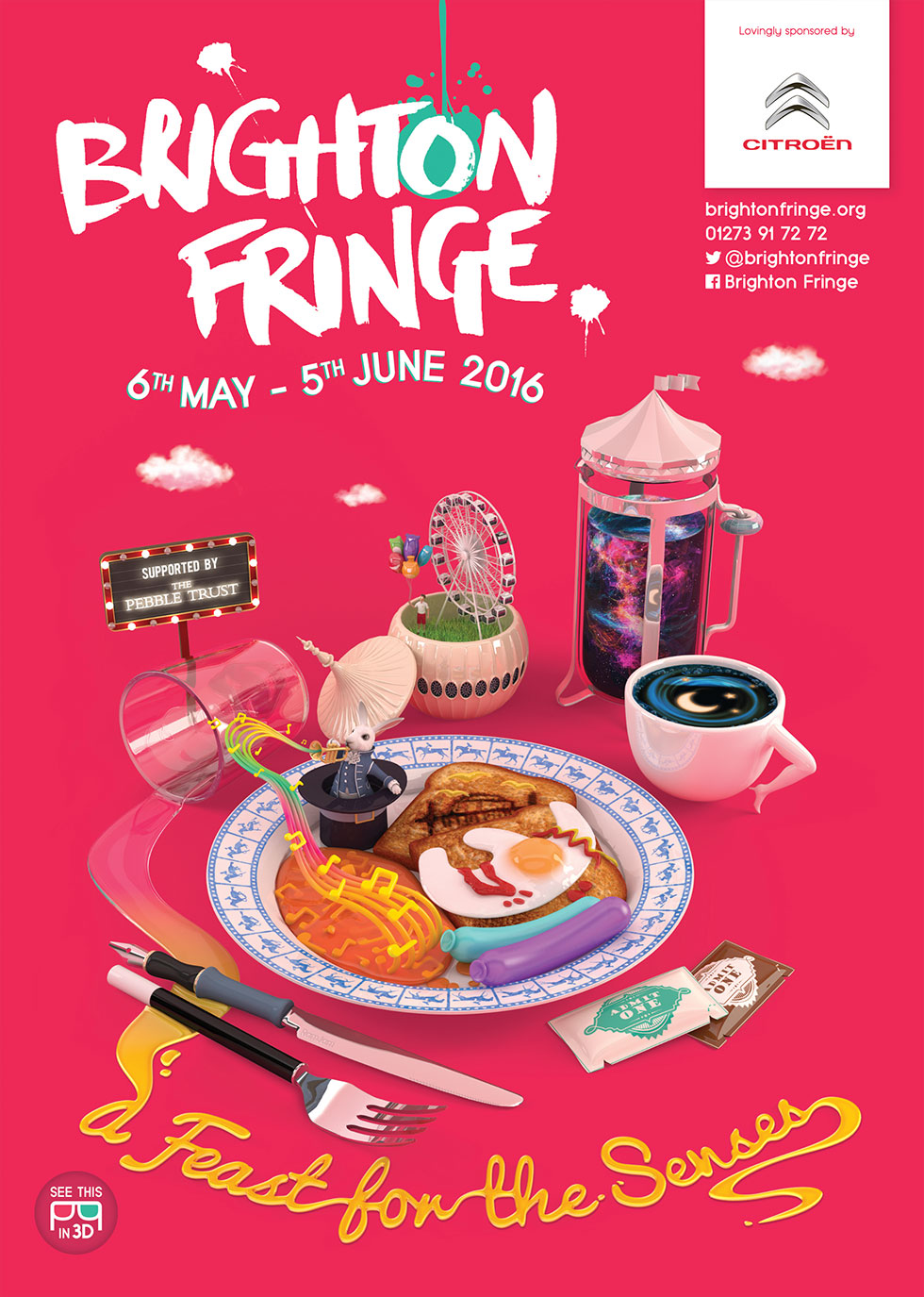 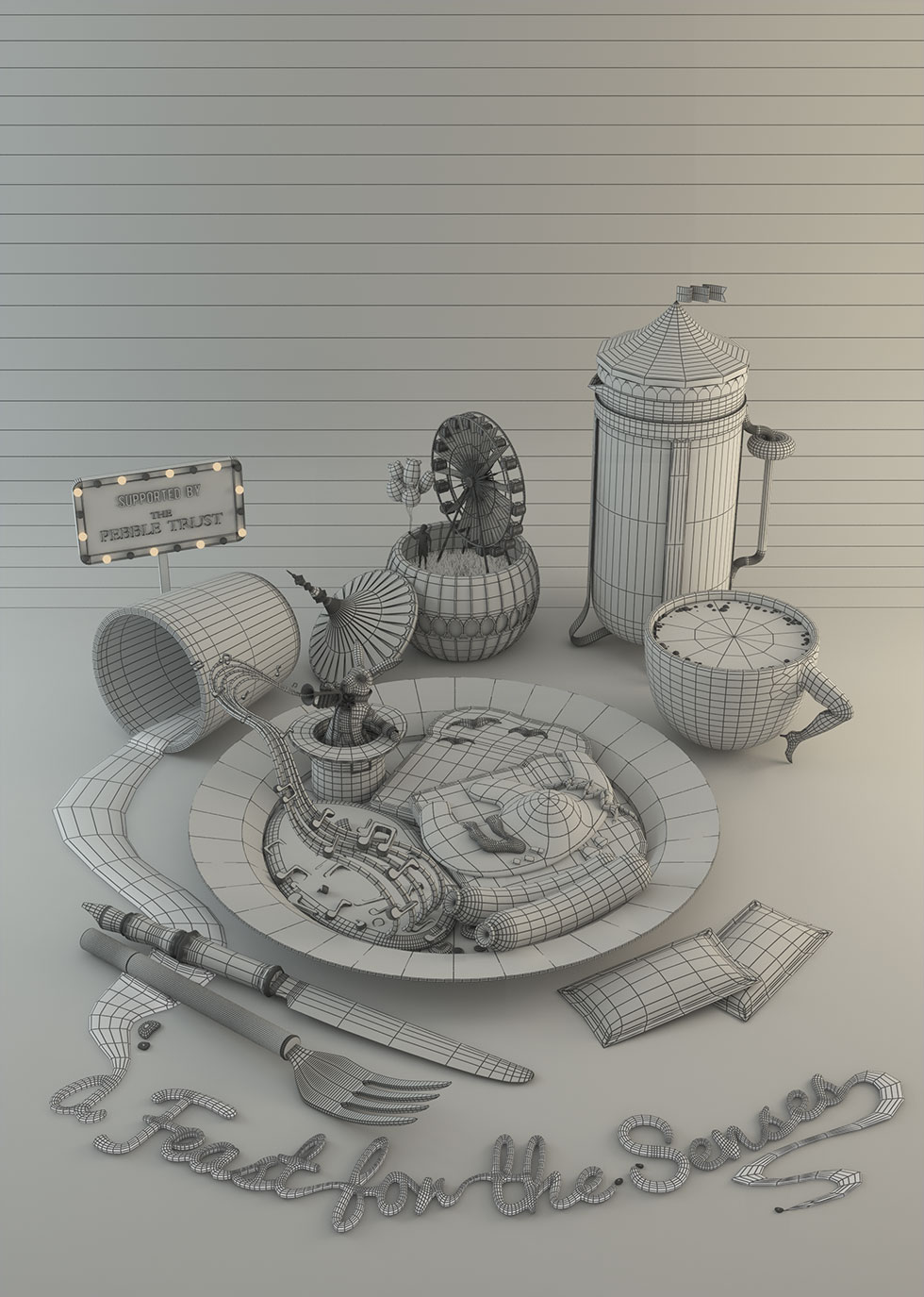 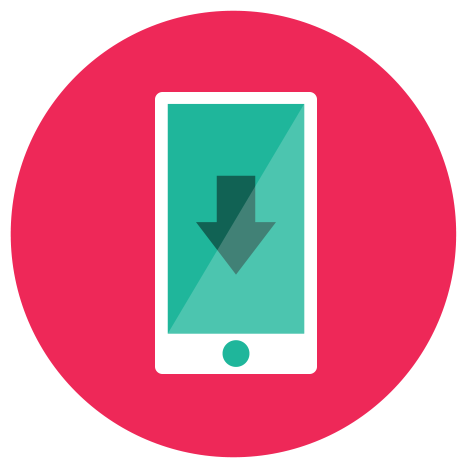 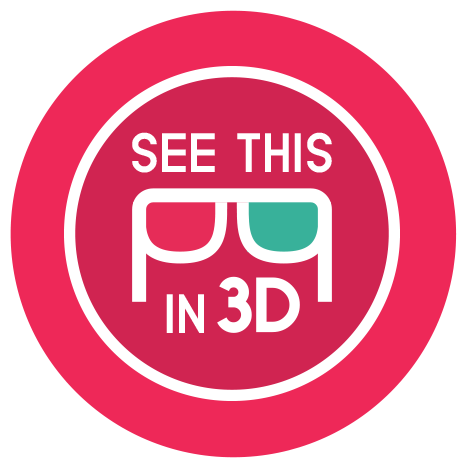 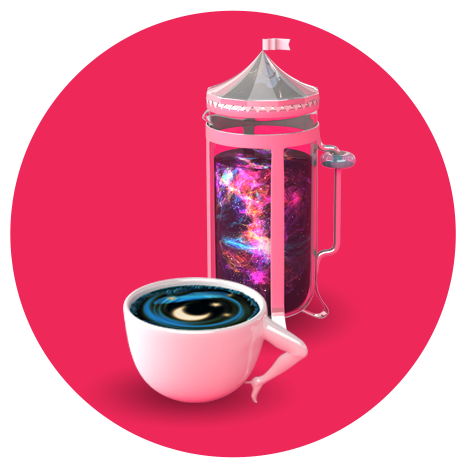 Download and print the trigger images below to test out. 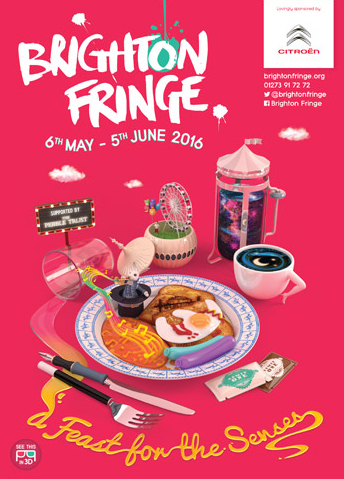 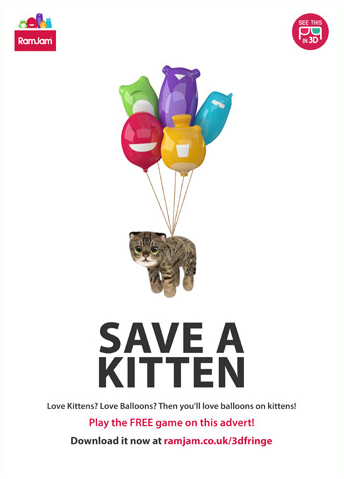 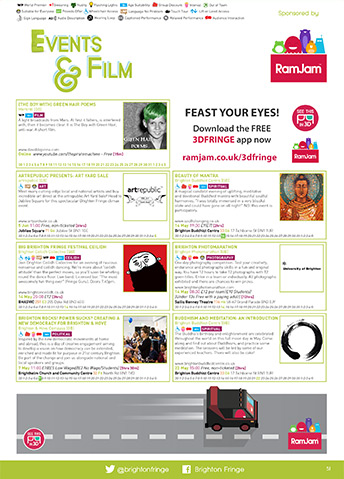 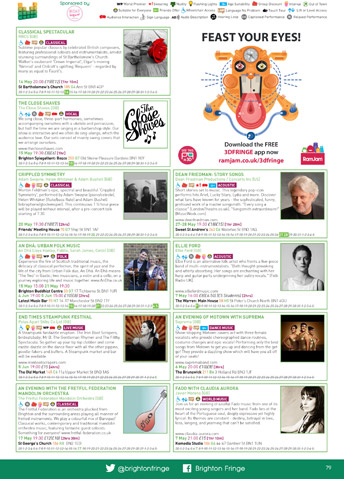 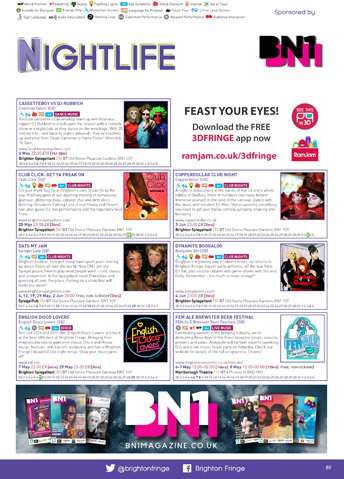 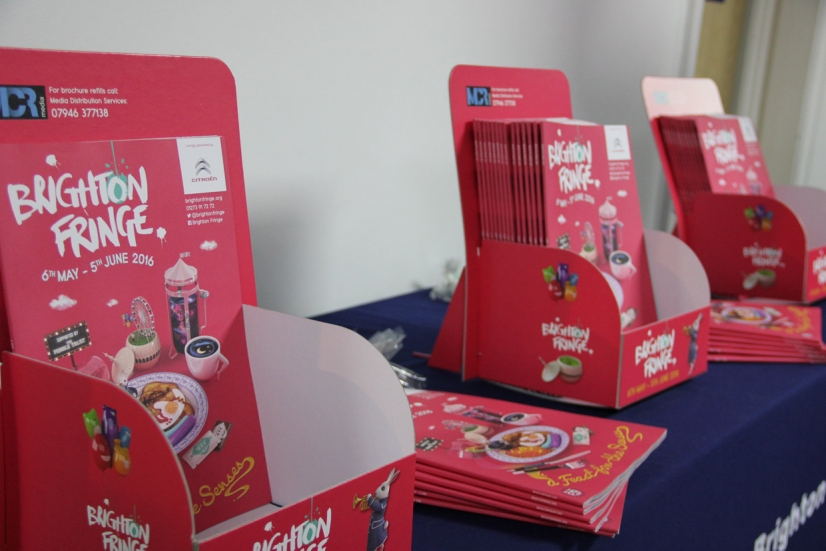