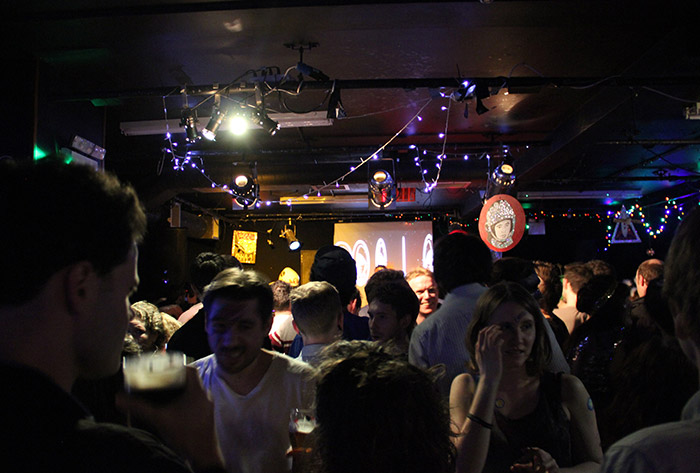 On Saturday April 12th space enthusiasts, electronic music lovers and other creative minds alike got together to celebrate the official launch of Yuri’s Night in Brighton where RamJam hosted some space-inspired visuals.
If you are a space geek, you’ll probably know what we are talking about: electronic music, space-themed decoration and plenty of tin-foil-based costumes. If you were lucky to be there, you know that Yuri’s Night is no ordinary party. This quirky showcase event launched in Brighton in commemoration of April 12th 1961, the day of cosmonaut Yuri Gagarin’s first manned spaceflight, and April 12th 1981, the inaugural launch of NASA’s Space Shuttle to celebrate more than half a century of human exploration of space.

For more information, you can visit www.yurisnightbrighton.com